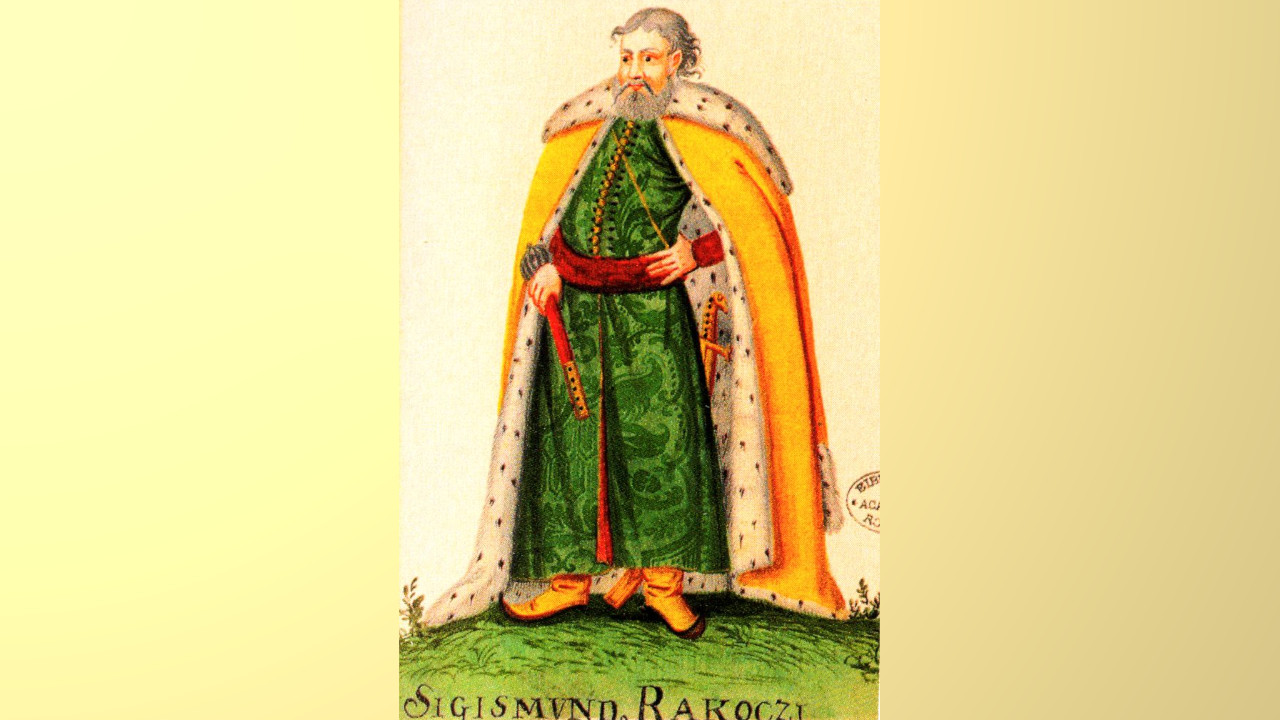 The representatives of the Rákóczi family were broad-minded, highly educated people for centuries. During their religious life, they did not only support the sciences, arts, literature, but also did martial arts. The first distinguished figure of the Rákóczis was the “old” Sigismund Rákóczi (1544 – 1608), who is considered to be the founder of the dynasty. Thanks to his talent and knowledge of economics, he also received the attribute of estate seizer, but there is relatively little mention of it in our academic literature. Blessed with political sense, Sigismund made the Rákóczi family great, he raised the members of his family from middle nobility into baronage, thanks to him the family members we know well, for example, György Rákóczi I and György Rákóczi II, as well as Ferenc Rákóczi I and Ferenc Rákóczi II, could become landowners and politicians at European level. The landlord Rákóczi obtained his wealth mainly from the wine trade in Poland and crediting the soldiers’ mercenary, for which he received pledges from the Vienna court. At the same time, his good marriages also helped him accumulate his wealth.

Sigismund Rákóczi was a soldier in his youth beside Péter Perényi in Sárospatak, but later he appeared in the national history as the captain of the castles of Szendrő and Eger. In the autumn of 1588, he confronted the thousands of Turkish troops with bey Kara Ali at head that were surrounding Szikszó. He mobilized the soldiers of the fortresses of Eger, Kassa, Tokaj, Ónod and Szendrő. Demonstrating heroic resistance and using deceptive tricks with his soldiers, he put the Turkish army to flight, capturing prisoners and guns. Through the successful campaign he received the title of Baron. He took part in the fifteen-year war, where he was again distinguished, and his name is associated with the victory at Romhány (1593), the recapturing of the castle of Fülek, and the battle of Hatvan (1594). In 1597, in an ornate diploma Emperor Rudolf I added a new element to Rákóczi’s coat of arms, including a stylized crowned eagle with a curved sword looking to the right, replacing the triple rock and the former raven. Constantly increasing his wealth in Sáros county, he bought the estate of Makovicza in 1601.

In addition to his military career, he was also interested in the sciences, being a major supporter of publishing the Vizsoly Bible, being a song and psalm writer, and he is also honoured as the protagonist of a rhymed epic. Gáspár Károlyi’s Bible printing plan would not have been possible without Sigismund Rákóczi. The new religion was also supported by the Chief Justice István Báthori, the Drugeths of Homonna, Gáspár Mágócsi and other noblemen of Hegyalja. They ordered to bring typefaces and printing paper from the Netherlands. In Vizsoly, Sigismund Rákóczi received the printing presses and other equipment. He hired the printing master, Bálint Mantskovit, whom he defended from the emperor’s punishment, thus patronizing the Hungarian Bible printing. Rákóczi was a regular Bible reader; he could define the exact place (book, part and verse) of 5,000 quotes from the Bible.

As a literary figure, he is mentioned as the protagonist of a rhymed epic of the time. His victory at Szikszó over the Turkish troops was written in verse by György Tardi in his historical song The Szikszó victory. We can also honour Sigismund Rákóczi as a poet, though only one of his literary works written in Munkács in 1587 survived. The following is an excerpt from this work:

“After our Lord’s Ascension,

Turning to fifteen eighty-seven,
I write this on Holy Thursday in Munkács,
Blessed be God, in heaven.”

The song was recorded at Munkács Castle on Holy Thursday, i.e. the 25th of May, which was republished several times. He married Judit Alaghy Bekény, the widow of András Mágóchy, the landowner, and he became the guardian of her children. Through this marriage, the Rákóczi family obtained Munkács as property. In addition to Munkács, the Mágochy estate complex also included the estate of Torna, thus he became the largest landowner of Bereg and Torna Counties.

At this time, the castle estate of Munkács was about 300,000 acres large with an income estimated at nearly 98,000 forints. The estate was predominantly covered with woods, but its lowland area was cultivated with profit. The 260 taxpayer crofts operating here provided the “old” Rákóczi with ample income. He deployed a large number of manpower in the ownerless areas. In 1592, from the acquired mortgage income he commenced reconstruction and fortification of the castle of Munkács, following the plans of the architect Cristoforo Stella of Eger. His plans were also supported by Emperor Rudolf on a pledge of 5,000 thalers. The mortgage amount of the huge estate was doubled in four years. He had thirty-two villages built here, but when his guardianship expired he was forced to transfer the estate to Ferenc Mágochy.

Prior to the Bocskai War of Independence, just like other Hungarian landowners he was accused of treason because they wanted to acquire his vast estates. At that time he obviously joined the War of Independence of István Bocskai, after whose death he was elected Prince of Transylvania on the 8th of February, 1607. He did not act against Gábor Báthori, the peer claiming the principality, he wanted to avoid the internal fraternity war at all costs, and instead resigned. He explained his act in this way: “… because I did not want to get greater wealth and power by shedding Christian blood.” His political situation both in Vienna and at the Ottoman Porte was volatile. His one-year-long principality testified his constructive politics and organizing skills. He was exemplary in keeping the principality in order and disciplining the military, which proved to be very important at the time. After his resignation he left Transylvania in March 1608, and then retired from politics. He was no longer able to attend the 1608 Parliament, because he was increasingly afflicted by his illness, the gout. He left his possessions to his sons in his will. He spent most of his time in Szerencs, but died on December 5, 1608, in his native village of Felsővadász. His tomb was made of red and black marble by his sons. He is the only Transylvanian prince whose grave is in Felsővadász (today Borsod-Abaúj-Zemplén County), in the territory of today’s Hungary.