On February 9, 2007 during his stay at Trancarpathia, Ferenc Gémesi, State Secretary of the Office of the Prime Minister of Hungary, paid a courtesy visit to the Ferenc Rákóczi II. Transcarpathian Hungarian Institute and met with its management.

On March 14, 2007 András  Bársony, Ambassador of Hungary to Ukraine, called on the Institute, whereupon he took an opportunity to look over the building of the Ferenc Rákóczi II Transcarpathian Hungarian Institute, met with the Institute’s administration and participated in the opening ceremony of the Bátthyány art exhibition organized by the Hungarian Consulate of Ungvár.

On March 26 – 31, 2007 the Rákóczi Days series of cultural events took place. Included in the programme was the inauguration ceremony of Ilona Zrinyi’s bust sponsored by János Bolyai Military Foundation. One of the highlights of the cultural events became a retrospective art exhibition of Péter Veres, an established artist from Beregszász. Additionally, the III International Chorus Meeting of Higher Education Establishments was organized by the Institute. An International Scientific and Methodological Conference on the problems of education of minorities in EU-countries and Ukraine was held. Finally, the second meeting of the Transcarpathian Hungarian Institute’s graduates was organized.

On May 11, 2007 an opening ceremony of one of the second floor wings of the Institute’s main building was held. Almost 2/3 of this large-scale project’s cost was delivered by the Apáczai Charitable Foundation. In recognition of this support, the renovated floor was named after Apáczai. The building’s refurbished part houses different departments of science. Located on this floor are the horticulture department section, the biology department section, together with its lecture hall and a laboratory, the chemistry department section with a laboratory and a preparatory room, the department of geography with lecture halls. The guests of honour at the ceremony were Tamás Bazsa, Seniour Government Advisor at the Ministry of Education and Culture of Hungary, Viktor Szantner, Advisor at the Ministry of Education and Culture of Hungary, Ferenc Stark, President of the Apáczai Charitable Foundation, and Örs Csete, the foundation’s executive manager. The renovated building was sanctified by Béla Bohán, vicar of the Roman Catholic Church in Beregszász.

On June 18-23, 2007 the Institute underwent random inspection by the authorized representatives of the Ministry of Education and Science of Ukraine with the participation of the faculty of the Ungvár National University (assessment of the educational establishment with regard to the compliance with the License regulations of educational service provision). According to the media sources, the unspoken goal of the aforementioned inspection was to question the Institute’s reputation, whereupon permission to provide educational service at the University level (Specialist) on certain departments was revocated, even though the educational activity was carried out only at the Bachelor level.

On July 14, 2007 the 9th degree award ceremony was held in the Ferenc Rákóczi II Transcarpathian Hungarian Institute. 59 degrees “Diplom Specialist” and 61 BA / BSc degrees were awarded. At the ceremony the institute was conferred with Grand Prince Árpád’s Prize by Lajos Gubcsi, Chairman of the Board of Trustees of the Foundation “For Hungarian Arts” for the outstanding endeavours to support the Hungarians living in Transcarpathia.

On October 2, 2007 Krisztina Morvai, the Hungarian Human Rights lawyer (who investigated the events of October 23, 2006 in Budapest) paid a visit to the Institute, meeting with its administration, faculty and students

On October 26, 2007 Géza Jeszenszky, the former Minister of Foreign Affairs of Hungary, called on the Ferenc Rákóczi II Transcarpathian Hungarian Institute. During his stay he talked about the possibilities of the country’s foreign policy development and strengthening the relationship with the Hungarians living in Transcarpathia, whereafter he took a look at the building work carried out in the Institute.

On January 11, 2008 Dmitro Tkach, Ambassador Extraordinary and Plenipotentiary of Ukraine to Hungary, paid a visit to Ferenc Rákóczi II Transcarpathian Hungarian Institute where he met with the institute’s management and pedagogues. Mr. Dmitro Tkach looked around the institute’s building and delivered a lecture to its students.

On February 13, 2008. during his stay at Trancarpathia, Ferenc Gémesi, secretary of state for minorities and national policy, Office of the Prime Minister of Hungary, paid a courtesy visit to the Ferenc Rákóczi II. Transcarpathian Hungarian Institute and met with its management, whereupon he looked over the building work carried out in the institute.

On March 26-29, 2008 a series of cultural events “Rákóczi Days” were organized in the institute. Within the framework of the event, the bust of Ferenc Rákóczi II. was inaugurated in the hall of the building’s third floor; Additionally, the fourth International Meeting of Choirs of higher educational establishments was held; an international scientific conference entitled „Personal development of pre-school aged children in multicultural context” was organised; the third meeting of the institute’s graduates was arranged.

On July 11, 2008 the tenth degree award and the thirteenth end-of-year ceremony was held in the Ferenc Rákóczi II. Transcarpathian Hungarian Institute.

On August 19, 2008 László Sólyom, President of the Republic of Hungary, came for a visit to our institute, during which President, in the presence of the the institute’s givers and supporters inaugurated the main building’s renovated part.

On November 3, 2008 the representatives of the American-Hungarian Coalition visited our institution.

On February 20, 2009 Budapest Agricultural Book Month programme, the beyond the border event, was held in our institute, at which publishers of literature on agriculture presented hundreds of publications to all interested. Zoltán Gőgös, State Secretary of the Ministry of Agriculture and Rural Development of the Republic of Hungary honoured the event with his presence. Within the framework of the programme a professional conference entitled “Sharing European Union’s Experience in Agriculture” was organized.

Between March 24-28, 2009 “Rákóczi Days” were held, during which the institute supporters’ honour board was inaugurated. Also, V. International Meeting of Choirs of higher education establishments, a meeting of the institute’s graduates, and an international scientific conference “Language, feeling of identity and mother tongue education in the XXI century” were organized.

On June 3, 2009. Festive Book Week provided the institute’s faculty, students and all interested with an opportunity of meeting with Anna Jókai.

On July 2, 2009 according to the official report of the State Accreditation Committee of the Ministry of Education and Science of Ukraine № 79, the right to provide education at the level “specialist” (University level), which for well-known reasons was previously revocated, was restored at certain degree courses. In addition to history, educational programmes were provided at the following University level degree courses : biology, Ukrainian language, mathematics, Hungarian language and primary school teacher education.

On September 18, 2009. the 14th Academic Year Opening Ceremony was held at the Ferenc Rákóczi II. Transcarpathian Hungarian Institute, at which 210 freshmen who gained admittance to our institute were inaugurated. László Zilahi, Chairperson of Prime Minister’s Office of National Politics, and Chairperson of  Secretariat of Ministry of Education and Culture of Hungary and Hungarians beyound the borders honoured the ceremony with his presence.

On October 22, 2009 a handover ceremony of the mirror server of Hungarian Electronic Library took place in the Ferenc Rákóczi II. Transcarpathian Hungarian Institute.

On December 16, 2009 literature lovers of Beregszász and its vicinity enjoyed an opportunity of meeting Sándor Kányádi, a poet from Erdély (Transylvania) at the meeting of writers organised at the Ferenc Rákóczi II. Transcarpathian Hungarian Institute. The participants of the meeting commemorated 150th birth anniversary of the great tale-teller Elek Bendek. 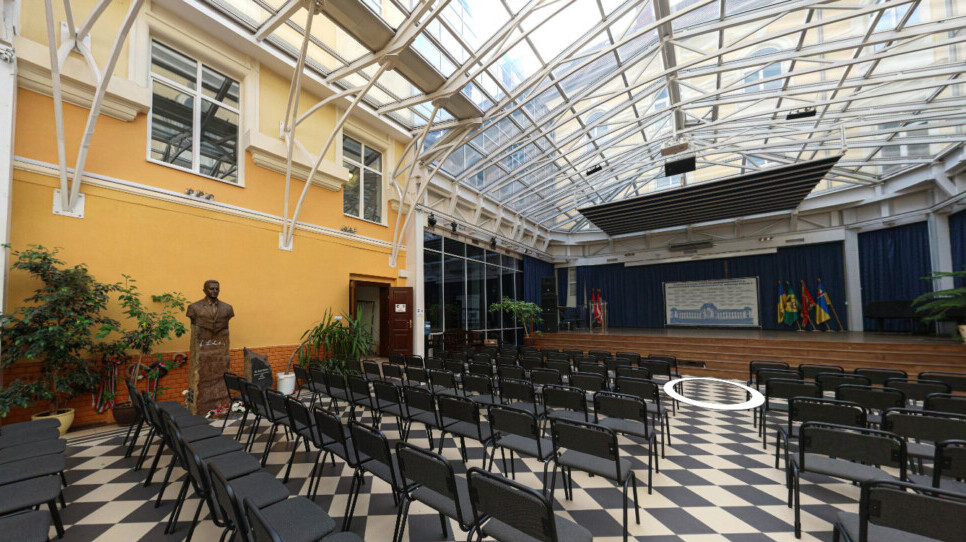