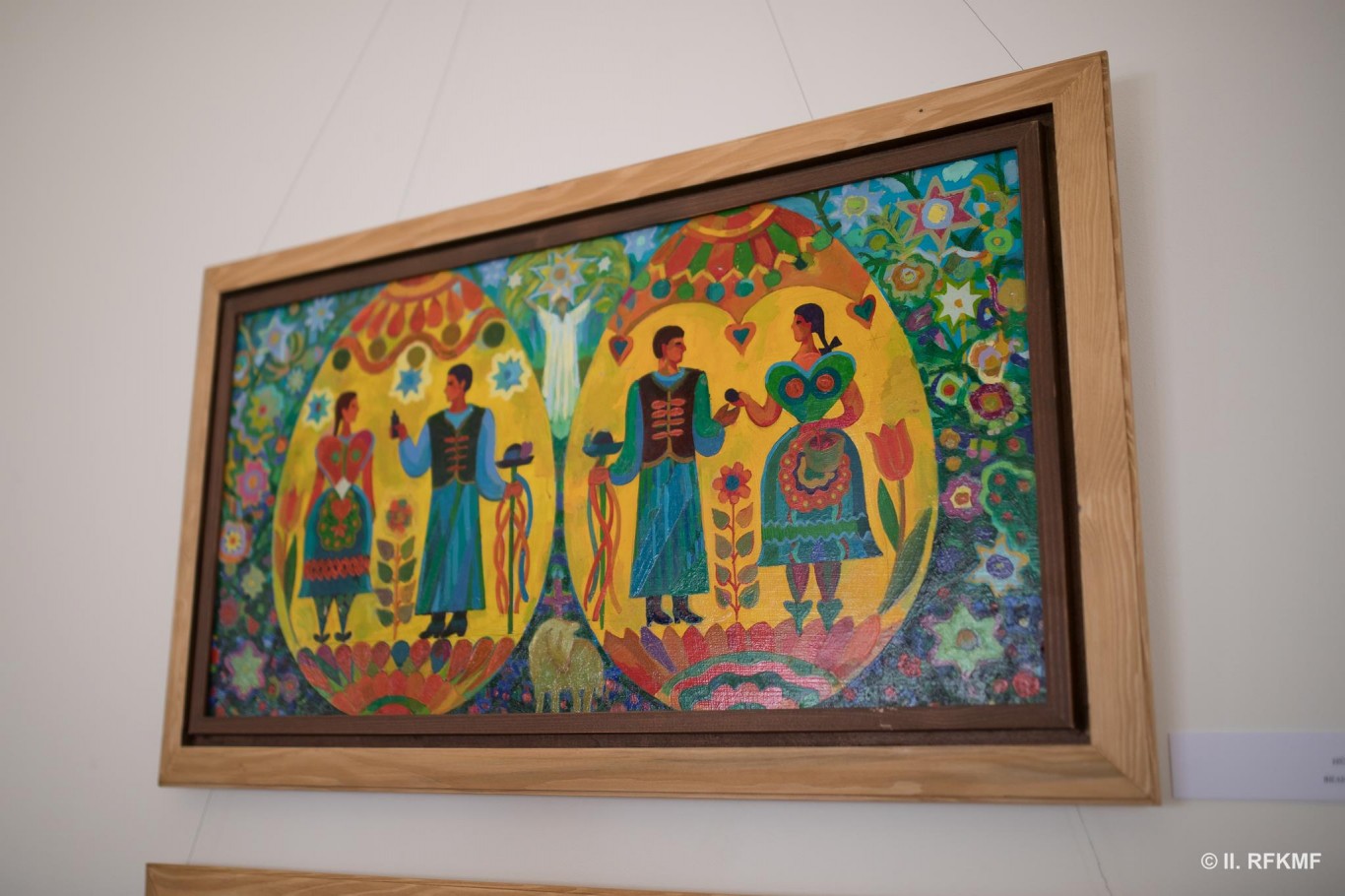 On March 29th an opening ceremony of Péter Veres memorial art exhibition was mounted within the framework of the Rákóczi days series of cultural events in the Estergom Hall of Ferenc Rákóczi II Transcarpathian Hungarian Institute.

The ceremony was opened by László Fábián Vári, President of the Transcarpathian Writing Group of the Hungarian Writers’ Association, who emphasized that all those familiar with the artistic heritage of Péter Veres, were sure to know that the reputable Transcarpathian artist’s legacy was to be admired by many a generation.

The event was destined to become not merely an exhibition opening ceremony, inasmuch as the pictures on display in the main building of the educational establishment were donated to it by the artist’s family members. From now on the institution’s Esztergom hall has become home to the collection. The artistic works entrusted to the care of the Institute, have enriched the present collection of the Institute’s picture gallery by 4 pieces of art which now includes 38 pictures. At the take over ceremony of the picture collection embracing the artist’s life, Rector Ildikó Orosz, administrator in charge of the collection Ágnes Kulin, as well as the family representatives Ágota Veres and Irén Veres, signed an agreement in light of which the public would be offered an opportunity of admiring the pictures of Péter Veres on his birthday every year.

Following it, Orosz Ildikó greeted the participants, pointing out in her speech that the collection of Péter Veres would become the first major exhibition in whose charge was the Institute, and of course, she expressed her gratitude to the family for their considerable contribution.

In addition, a documentary, including some interesting facts with regard to personal and artistic life of Péter Veres, was demonstrated to the participants in the Győr hall.  The documentary was followed by a toast made by Tóth István, Honorary Consul General of Beregszász.

The material of the exhibition was concisely reproduced in the form of publication made available to all guests, in which they could familiarize themselves with the painter’s life and works, as well as László Fábián Vári’s essay and recollections of the artist’s daughter Ágota Veres.