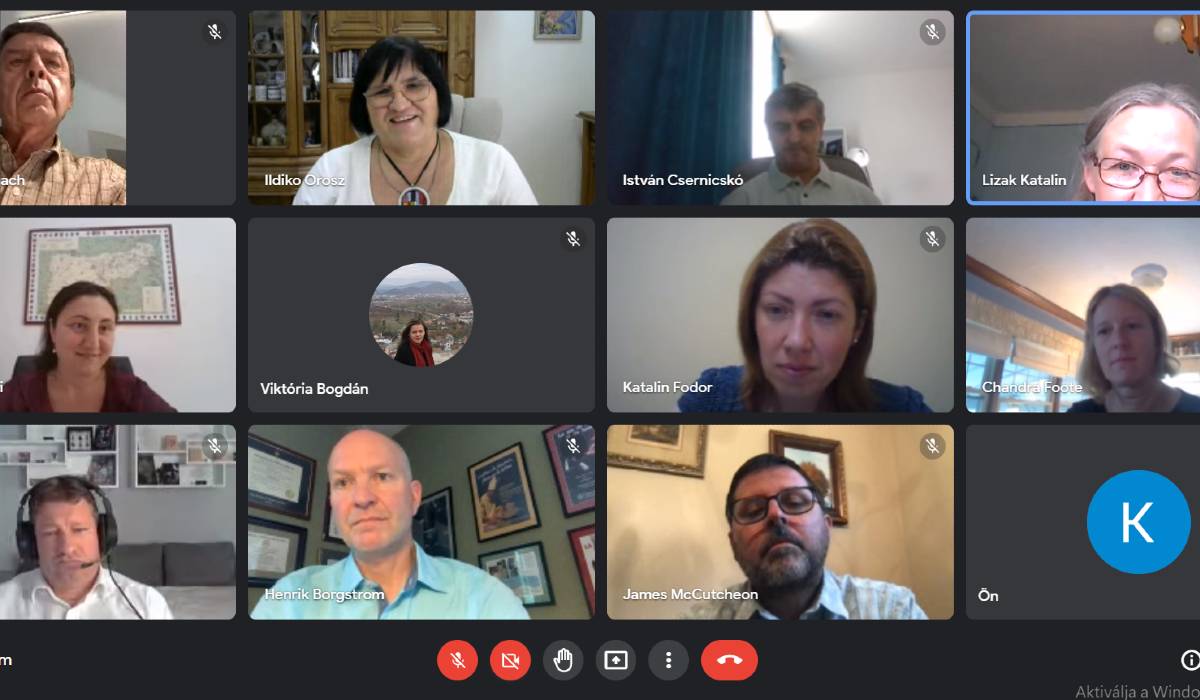 On June 13, the leaders of the Ferenc Rakoczi II Transcarpathian Hungarian College of Higher Education and the representatives of the Niagara University  held an online discussion. The main questions discussed on the meeting was the cooperation between the two higher education institutions.

The Niagara University  was represented by dr. Chandra J. Foote, Dean  and Professor, James McCutcheon, Dept. of Modern & Classical Languages, associate Professor of Spanish, and Henrik Borgstrom, professor of French and Associate Dean of the College of Arts and Sciences.

The communication between the two higher education institutions was initiated by the Honorary Hungarian Consul, Péter Forgács, who does a lot to develop American-Hungarian relations.

At the beginning of the meeting, both parties presented their institution. Rector, István Csernicskó and vice-rector, Gyula Fodor informed the American professors about the college, its orientation, operation and specialisations. Professor Chandra J. Foote introduced the Niagara University, emphasizing that their university is open to cooperation and exchange of experiences.

According to the discussion, the collaboration between the two institutions took two directions: on one hand, possibility for students to take part in online lectures and courses, and on the other hand, the possibility of students and teachers participating in the various programs personally. In order to create the financial background for the  latter opportunity, the parties are looking for sources of support.

Both sides agreed that English as a foreign language, geography and tourism specializations are the ones that has a lot of potential  both online and live form of education (summer English camps, courses, tourism practices at Niagara Falls, and more).

For the request of the American partners, president Ildikó Orosz outlined the current situation in the region in the shadow of the war.

At the end of the meeting, both parties agreed that effective and successful cooperation would be established by a framework agreement.

The Department of Accounting and Auditing considered international standards in the field of prevention and counteraction to money laundering Statement Concerning the Article of The New York Times "In Ukraine, a Minority Group Feels Ambivalence About the War"
Featured news