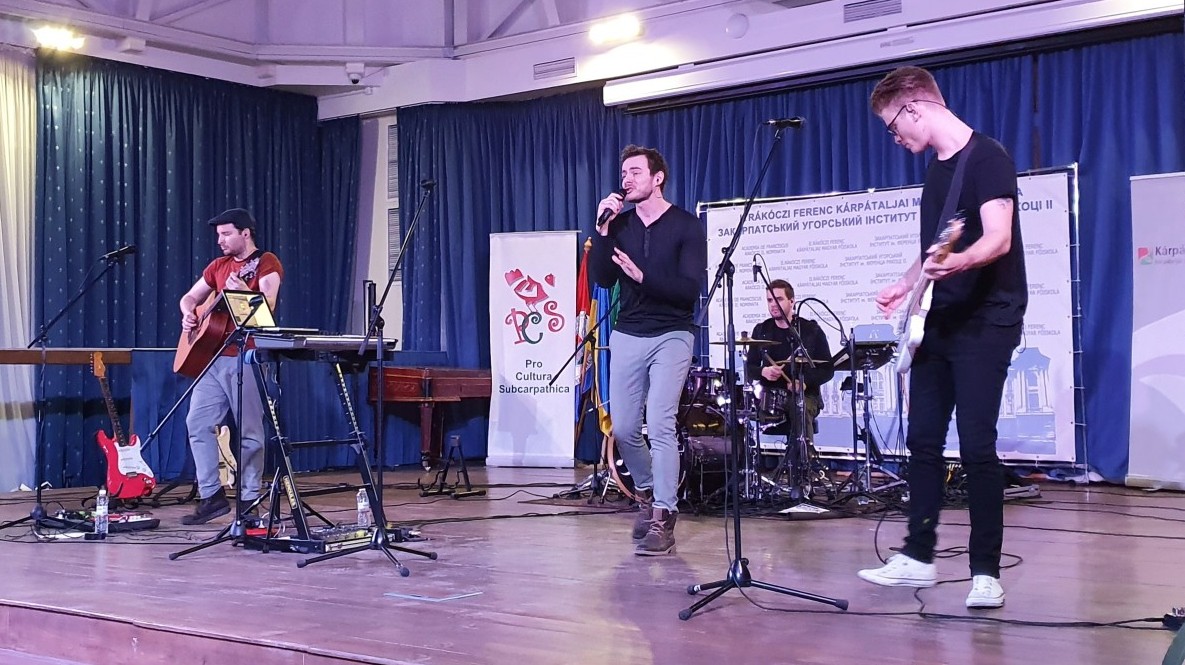 The day of Hungarian culture – celebration in Beregszász

The civil organization Pro Cultura Subcarpathica (PCS) celebrated the day of Hungarian culture on January 23rd in the Transcarpathian Hungarian Institute named after Ferenc Rákóczi II. It was a charity event, on which collects donations to support Hungarian students of art schools in Transcarpathia.

The event was opened by Ildikó Orosz, rector of the Rákóczi Institute. “January 22nd is the day of the birth of our national Anthem. In this poem we pray to our God to keep and help our nation. And this is the day of the Hungarian culture too. Let’s be proud of this day, be proud of our Thanksgiving song!” – said the rector. After that everyone sang the Hungarian national Anthem together.

After the greetings the Hungarian Kávészünet band gave a concert. With this concert began the Cultural season 2020 of the civil organization PCS.

The band processed the works of famous classical poets. Their music is a bridge between today’s youth and literature.

The program was supported by the Hungarian Government and the Transcarpathian Hungarian Institute named after Ferenc Rákóczi II.