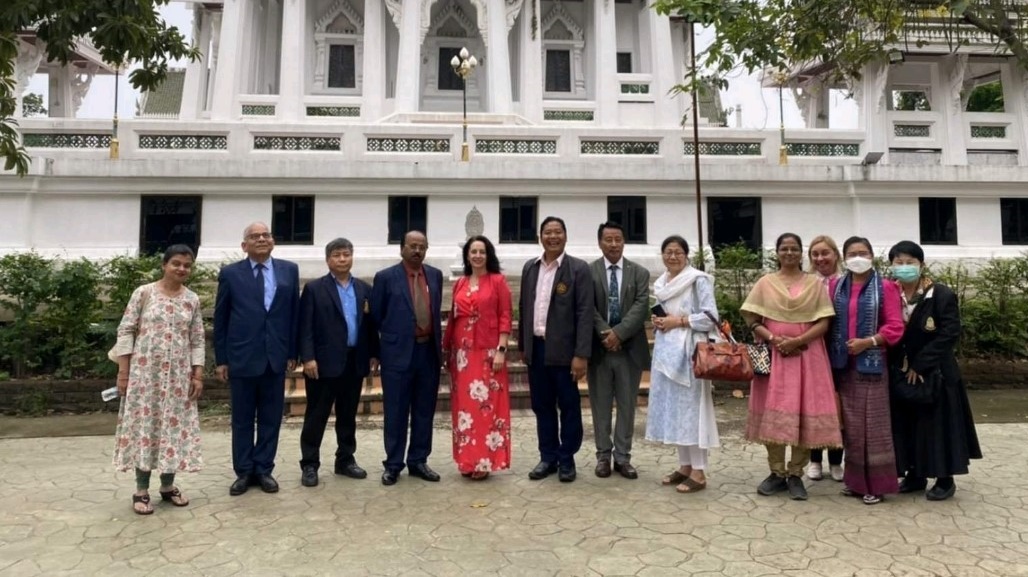 In October 2022, an international conference was held on the basis of three Thai universities (Shinawatra University Mahachulalongkornrajavidyalaya University, Mahamakut Buddhist University), where the Institute was presented by Prof. Poyda-Nosyk N.N.

The theme of the 25th FAI-ART-ICMSIDE 2022 was focused on Multidisciplinary Scientific Intelligence in New Normal Digital Era that allowed to attract participants from different scientific areas and from almost across the globe.

Professor Nina Poyda-Nosyk moderated the conference and delivered a talk as a key-note speaker at the plenary session. She also took an active part as a member of the editorial board in selecting materials submitted by the participants for publication as a result of the conference.

The vice-rector for international affairs of the Institute Dr. Fodor Gyula was presented as a guest of honor at the conference. He in writing addressed the conference participants with welcoming and his message has been included in the conference proceedings.

During the inaugural part of the conference, one of the main co-organizers, namely FATER Academy of India, presented awards and honors to keynote speakers and heads of the partnering institutions. The Rector of the FR II THCHE Prof. Stepan Chernychko was also presented with an honorary award, which was officially transferred to him on behalf of the FAI by prof. Poyda-Nosyk N.N.

Within the framework of the conference, the co-organizers also visited a number of higher educational institutions, met with the management and signed memorandums on future cooperation.

We express our sincere gratefulness for organizing the conference to our Thai colleagues, particularly Prof. Chai Ching Tan and his team, as well as the representative of the Indian delegation, General Secretary of FAI Prof. Pankaj Srivastava and all the co-organizers and partners for the successfully conducted event.