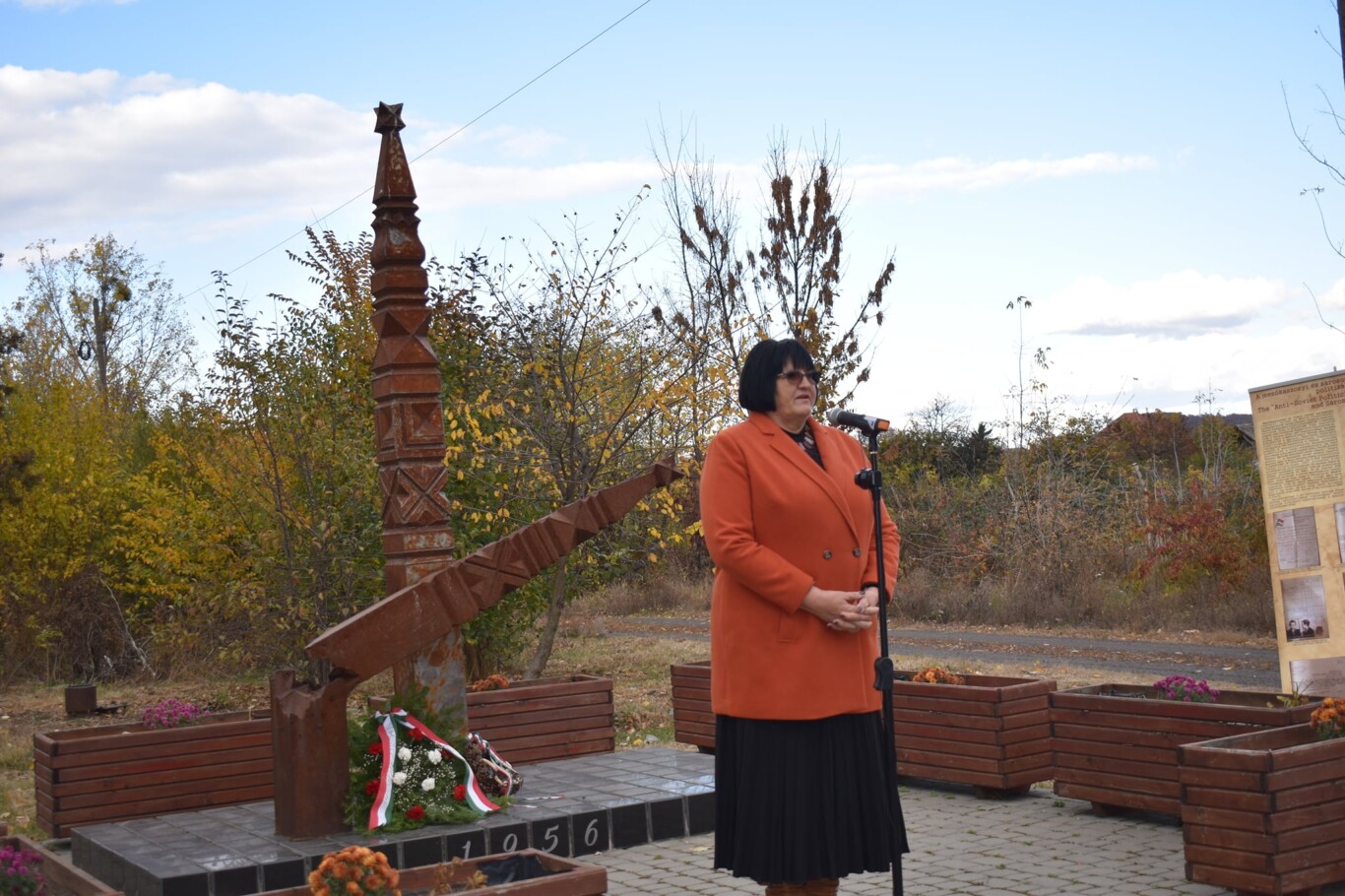 It has been 65 years since the peaceful protest in Budapest against communist repression led to bloody retaliation. In the autumn of 1956, Hungarian nation testified their love of freedom against the Stalinist terror and Soviet occupation.

Pro Cultura Subcarpathica non-governmental organization (PCS) pays respect to the heroes of the ’56 Hungarian Revolution every year in front of a monument situated in the Beregszász railway station. This year, the PCS, together with the Consulate of Hungary in Beregszász and the Cultural Alliance of Hungarians in Sub-Carpathia (KMKSZ), recalled the events.

Mátyás Szilágyi, General Consul of the Consulate of Hungary in Beregszász, called the location of the monument symbolic, which was ordered to be built by the consulate and the Beregszász City Council in memory of the martyrs in 2016. The General Consul recalled the details of the revolution’s events and the retaliation following the defeat.

“We remember nearly 3,400 brave Hungarian and non-Hungarian heroic deaths. Thousands of dead, imprisoned, fled and 229 executed civilian victims were needed for the survivors who lived through the horrors before and after ’56 to believe that hope should never be given up.” said Zoltán Babják, Mayor of Beregszász.

The standard of the event was raised by the performance of actor Attila Ferenczi, who recited the poem of Sándor Petőfi, Ye Glorious Lords.

“We are members of a lucky generation who haven’t had to go through these horrors so far, and at school we were able to learn about it, attend commemorations, and meet people who can tell us about what happened then and there in ’56. It is our responsibility that the next generation does not get to know the events through dry facts at a history lesson, they have to feel the fire, passion and feeling of freedom that the ’56 people felt” – emphasized László Molnár, cultural secretary of KMKSZ.

Dr. Natália Váradi historian, associate professor at Ferenc Rakoczi II Transcarpathian Hungarian College of Higher Education emphasized that the 1956 revolution became a symbol of Hungarian unity, a standard that must be passed on to future generations. The historian recalled the antecedents of the Revolution and praised the Transcarpathian heroes.

Those present at the commemoration wreathed the ’56 monument.

The day of remembrance continued in the theater in Beregszász, where Edina Sin, the director of the Charity Foundation of the Hungarian Dramatic Theater in Transcarpathia County, and József Sin, the president of the Beregszász mid-level organization of KMKSZ, greeted those present at the 1956 Revolution Commemoration.

After the speeches, those interested could see a nearly one-hour program of the Sodró dance band and the theater. In the festive program, the themes of national belonging, the sense of minority existence, and the feeling of separation from the homeland came to life through music, dance and prose.