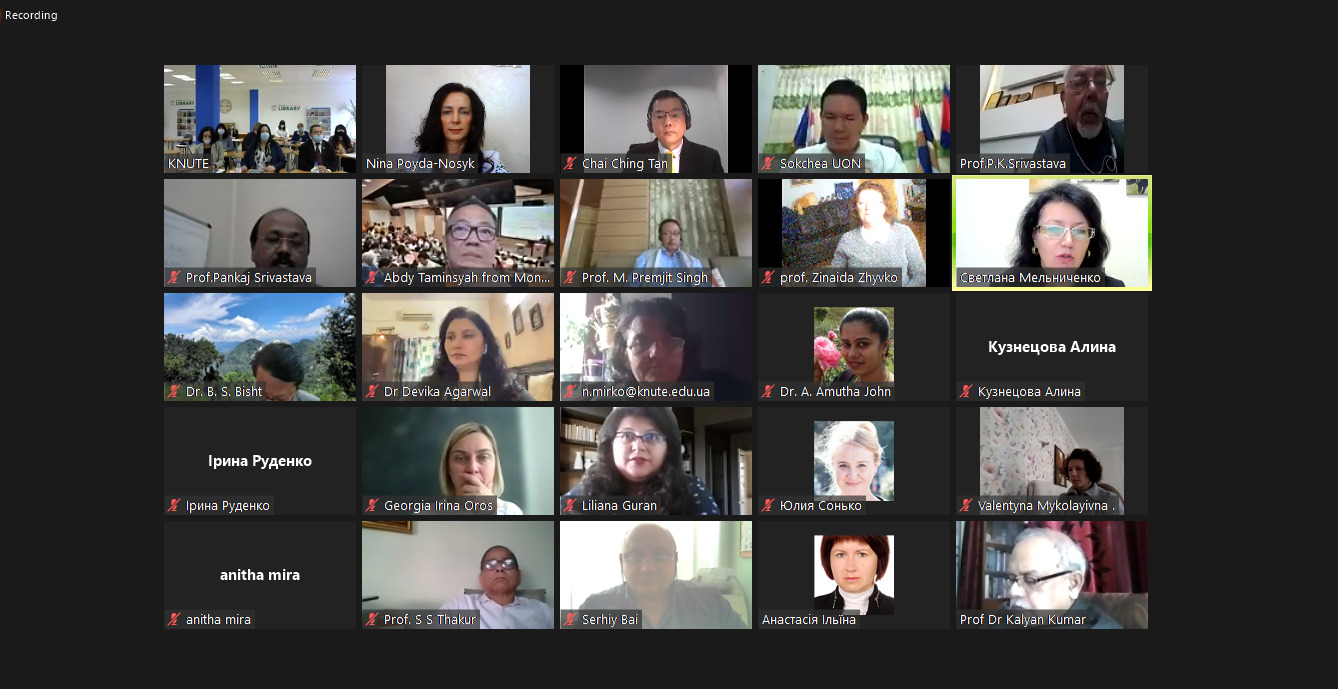 Participation of the Accounting and Auditing Department in October international events

During October 21-24, 2021, the Department of Accounting and Auditing was represented at two international events. Thus, on October 21-22, the Department co-organized the First International Scientific and Practical Conference “Public Administration and Administration at the present stage of state formation.” The main organizers of the conference were the Kyiv National University of Trade and Economics and the FATER Academy of India (FAI). The conference was held as part of events dedicated to the 75th anniversary of Kyiv National University of Trade and Economics.

The conference, moderated by Doctor of Economics, Professor, Vice President of FAI Nina Poyda-Nosyk, covered current issues and provided practical recommendations for reforming public management and administration, defining modern mechanisms for making and implementing effective management decisions at the state, regional and local levels. It was discussed the issues related to training of public administration specialists on European integration, implementation of the digital concept of the economy in the country. The conference was a successful event for all, which gave the opportunity to communicate with each other, to share successful experiences during this meeting.

Among the keynote speakers was a strategic partner of the department from Australia – Mr. Abdy Taminsyah, Founder and President of MonsoonSIM, Developer of the MonsoonSIM Business Simulation and Digital Learning Platform.

The announcement of the conference was published as a press release in India’s leading media.

Department of Accounting and Auditing