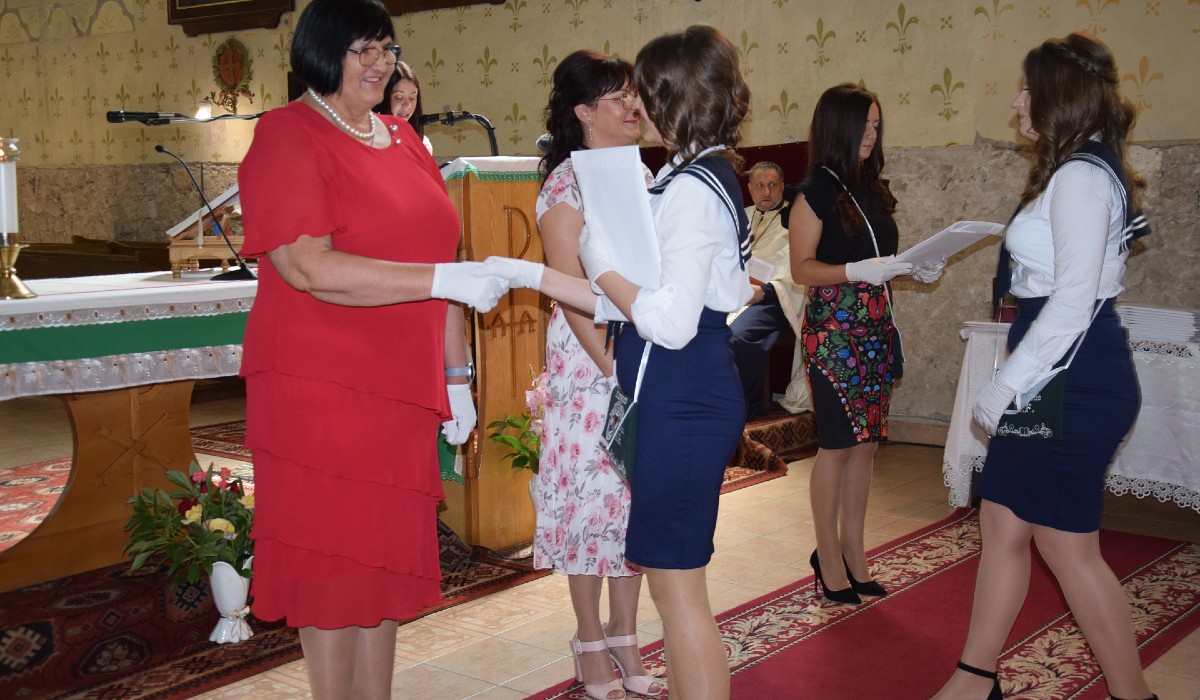 Students of the Ferenc Rakoczi II Vocational High School could receive their diplomas on the 8th of July. The graduation ceremony was traditionally hosted by the Roman Catholic church in Beregszász.

After singing of the national prayer and the college anthem was sang, Katalin Soós, the director of the Ferenc Rakoczi II Vocational High School, summarized the past school year.

As she said “Due to the coronavirus pandemic and the war, we had to live isolated and far from the community  getting used to the inherent features of distance learning.  These years were about the struggle. We fought for knowledge, for each other and for the remaining feelings for each other.”

Despite the difficulties, the students achieved excellent results – emphasized the director. Ten students were given an honored diploma. During the year, many students represented the institution individually or as a group in many competitions, where they achieved outstanding results. In addition to studying and competitions, they also had time for volunteering. During the war, students did they best to help the refugees.

After that, Péter Szilágyi, Deputy Secretary of State for National Policy, began his welcome speech. As he said

Hungary is helping Ukraine in the Russian-Ukrainian war. We are confident that after the end of the war, we will be able to organize the restoration of the rights of the Transcarpathian Hungarian minority by working together”.

After the State Secretary’s speech, the Student of the Year award was presented, which this year was given to student Péter Szilágyi. Diominika Ruszinkó, Krisztina Szabó, Evelin Pap, Boglárka Balogh and Noémi Birta graduates expressed their thanks on behalf of the students. Then the preschool pedagogy students performed the adaptation of Psalm 42.

Next, those present could hear the welcoming words of Ildikó Orosz:

Today is about saying goodbye, but this goodbye is not final.”

The ceremony ended with the blessing of the representatives of the historic churches.

AccountAnts comes out with flying colours at the Global Finals
News