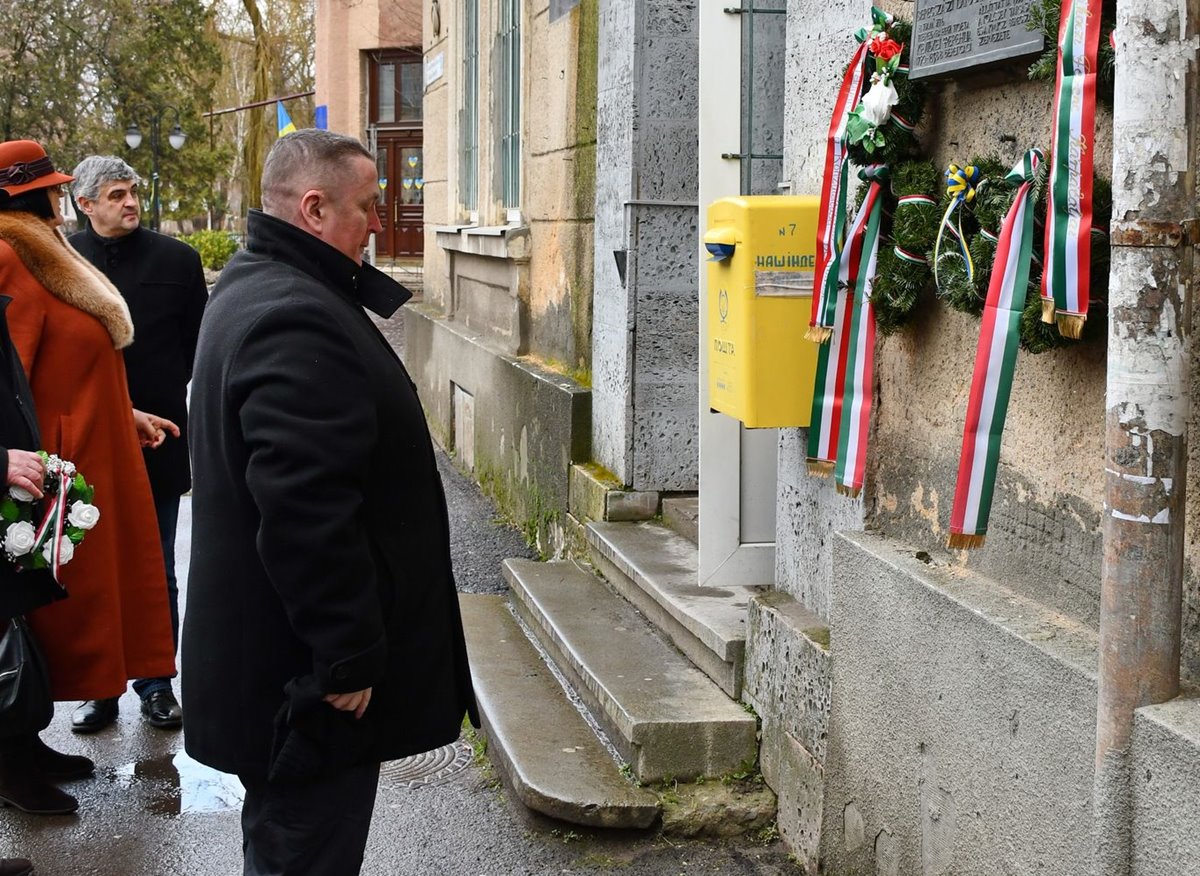 The Beregszász City Organization of the Hungarian Cultural Association of Transcarpathia (KMKSZ) commemorated the Day of Hungarian Culture with a wreath-laying ceremony on 22 January.

The participants gathered at the memorial plaque of Ferenc Kölcsey, which is placed on the wall of the post office in Rákóczi Ferenc II Square.

The participants were welcomed by István Molnár D.. The Himnusz is one of the most important poems of the Hungarian nation, the national prayer of the Hungarian people, said the historian and president of the local KMKSZ organisation. He added that according to the manuscript, Ferenc Kölcsey finished writing the Himnusz on 22 January 1823. He said that the work is also connected with Beregszász, because the poet, after having finished the manuscript in Szatmárcseke, posted his work at the post office nearest to him, in Beregszász. The plaque on the wall of the building still bears witness to this.

The participants paid tribute to the poet’s memory. The wreath-laying ceremony ended with the singing of the National Anthem.