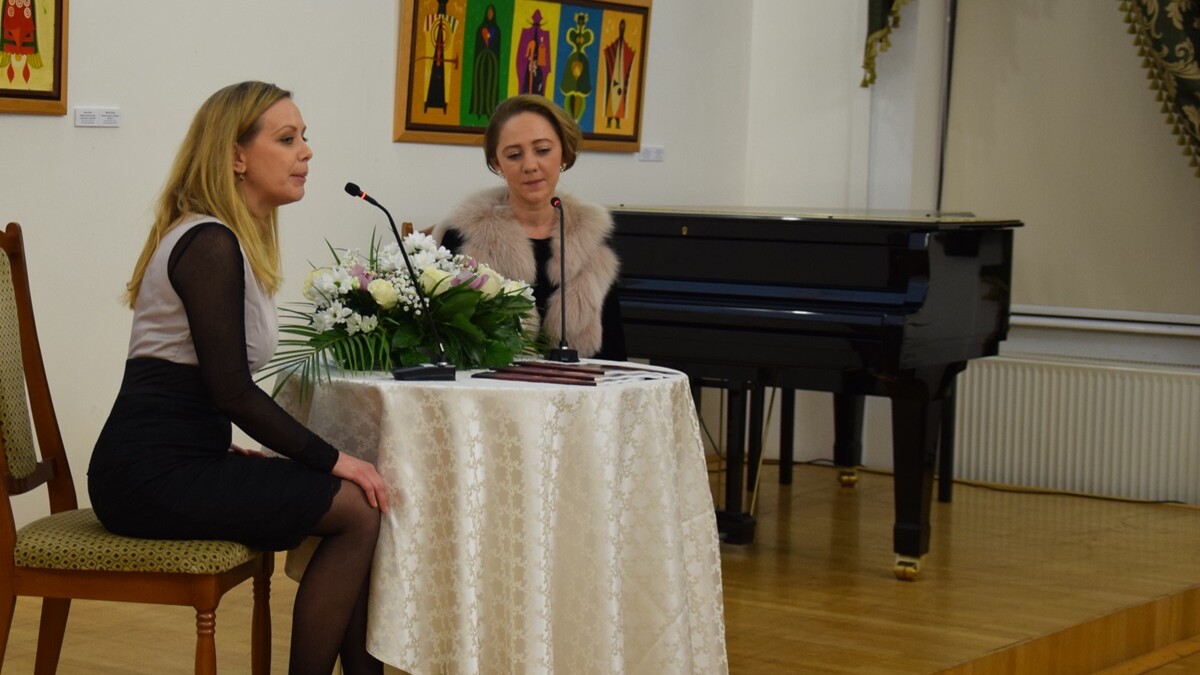 The TV play “Mrs. Déry is a young woman” was screened at the Rákóczi College

In 2023, the Hungarians of the world will celebrate three 200-year anniversaries: on 1 January we commemorated the birth of Sándor Petőfi, on 20 January of Imre Madách, and on 22 January, we celebrate the creation of the Himnusz and the Day of Hungarian Culture. On this occasion, the feature film “Mrs. Déry is a young woman” was screened in Beregszász on 20 January at the Rákóczi College. The screening was organised by the Transcarpathian Hungarian Cultural Association, in association with with the Transcarpathian Regional Hungarian Drama Theatre.

Mark Domonkos Kis, director of the Déryné programme and owner of the TV play Mrs. Déry is a young woman, greeted the audience in a video message. He stressed that the performance is a tribute to the heroes of Hungarian-language drama.

“During the making of the TV play, the constant vulnerability experienced by Déryné and her company recalled the heroic era of the Beregszász theatre,”

– said Attila Vidnyánszky, director of the National Theatre. József Barta, Vice President of the KMKSZ, also praised the work of the actors.

The filmmakers wanted to pay tribute to Déryné and to the great figures of the beginnings of Hungarian-language theatre. The TV drama “Mrs. Déry is a young woman” takes us back to the heroic era of travelling theatre, to the world of the birth of Hungarian-language drama, full of hopes and successes, deprivation and struggles. The filmmakers have created a dazzling visual and imaginative world, the impact of which is further enhanced by the excellent acting. As the stage adaptation, the TV play stars Jászai Mari Prize winner Viktoria Tarpai in the main role.

The premiere was loudly applauded by the audience. The screening was followed by an audience meeting with Viktória Tarpai. The discussion was moderated by Edina Sin, acting director of the Transcarpathian Regional Hungarian Drama Theatre.